A Service We Love and Trust

Pride Lands came to me as a necessity about five years ago, not having any family support structure in place such as granddad or grandmother to drop off my daughter at school in the mornings and collecting her after school in the afternoons. My morning and afternoon provider at the time had dropped us just before the school holidays in July of that year. One of my daughter’s teachers had referred me to Moses and advised me that one or two of the children in my daughter’s class were enrolled at Pride Lands. I called Moses up immediately and he advised me that they had space available, and I immediately enrolled her with the necessary paperwork.

After two weeks I noticed a change in my daughter, she started looking forward to the morning and afternoon care sessions. Cooking classes and morning exercises were a sense of pride for her as her fitness levels increased dramatically over the period. She also opted in to cook me some the dishes prepared at the morning care sessions which I opted in for as they were very tasty. We opted for shuttle services in mornings from our home to Pride Lands as they were based in Berhampore at the time.

We found that the staff were friendly and patient in mornings. They also opted to help my daughter get dressed certain mornings. Nothing was a problem for these friendly crew. After morning care, my daughter was dropped off at school and collected from school in the afternoons.

Technology is allowed only on certain days and very seldom at that. The children were well fed, and activity games were started. Moses also thought of ingenious obstacle courses or fun activity games to engage with the children. My daughter loved these as the children were divided up into teams with a team captain. Each team earned points for each activity and the winning team would be allowed to go on a trip decided by the winning team for that week.

The weekly Pride Lands trip comprised of an outing to an undisclosed venue for the children. The parents would get a weekly email about the trip, the venue and what the children would be learning about for the afternoon. The trips included visits to art galleries, bookstores, sporting clubs just to name a few.

The holiday programmes are equally engaging as each Wednesday would have a trip day decided by the children. The cultural days were fun as well each as each child got to dress up in their cultural attire and brought a dish along so that they could teach other about their culture. The Pride Lands Market Day held on the last day of each school holiday was also fun. Children learn the basics of business by using Pride Lands money and having stalls where a variety of goods and toys were sold and bought.

Fast forward five years later and my daughter no longer attends the morning and aftercare sessions as she is at another school too far for shuttles. She still attends the Pride Lands holiday programme based at SWIS. Moses, Liam, and Geneva are regarded as family to her, and she is always excited to see them. Moses always takes the time to call me and check in on myself and my daughter.

Pride Lands has always been a buzz word around my family home filled with fun memories for my daughter. Pride Lands is a brand that I came to love and trust especially when it came to my daughter. 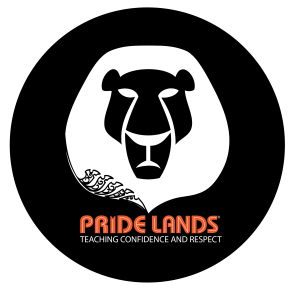